Teacher tenure, usually used as employment protection for teachers. Tenure is a contract which provides teachers with safety from getting fired due to reasons associating with their abilities to teach. Earning the teacher tenure can take as little as three years. Professors are reviewed only about 5 years later for tenure. “A study by The New Teacher Project (TNTP) stated that 81 percent of administrators say there is a tenured teacher in their school who is performing poorly.

What is education edging on? Is it really oblivion? 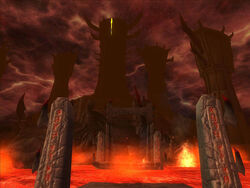 Possibly so… Are teachers properly evaluated before and even during their tenure years? According to the TNTP study, less than 1% of teachers were considered unsatisfactory. But president of The Center for Education Reform, Jeanne Allen considers, that many states may have been setting the bar too low. Tenure unfortunately isn’t about the value of teaching but has been diluted to the amount of years a teacher spends teaching.

Is tenure fair to students?

Have you ever had a nightmare professor? One that couldn’t relate to his or her students or even more sadly, his or her own subject? Both answers are abruptly yes, don’t lie.

Well, chances are these professors are either just horrid teachers or plainly under tenure protection.

Its rough at least I think, when public school teachers are often shunned and             university professors are put on pedestals especially when teaching students of younger ages is a tad tougher then throwing a syllabus at your students and calling it a form of teaching.

Yes! It is exactly what it seems…

You tell me, but choose one of the above. 😉

Tenure makes it increasingly difficult to fire them. They’re practically like ticks. If a teacher is underperforming, its too bad you’d have to deal since the legal process is stretched out to months and can involve court ruling. Sometimes I wonder why principals have such difficult time firing a tenured teacher. But now I know- On average $250,000 would be jeopardized just to fire a teacher in new York City.

Teacher’s are positioned to nurture and care for their students but with the tenure grants permission them to care solely for themselves. While few teachers receive benefits think about what it does for students.

10 thoughts on “The Terrible Tales of Tenure”